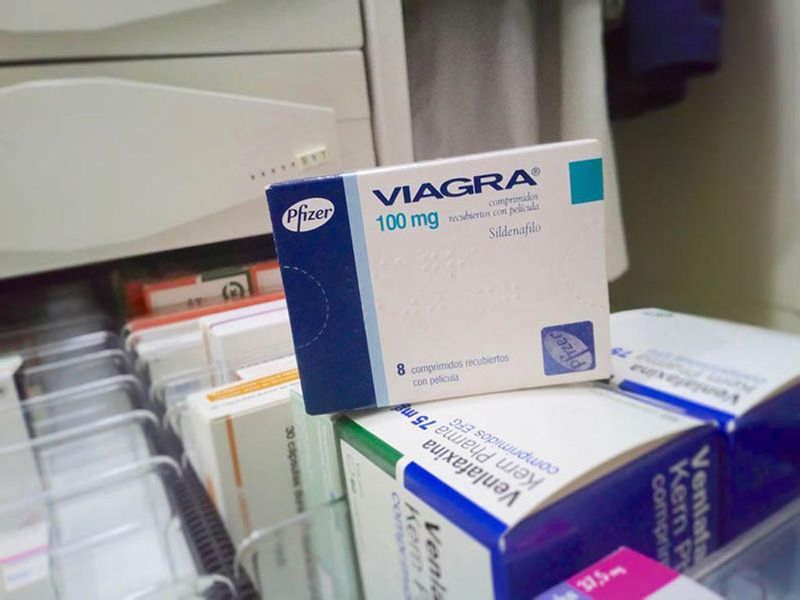 Viagra, a drug long used to treat erectile dysfunction, may double as a potential weapon against Alzheimer's disease, a new study suggests.

Looking at data on more than 7 million Americans, researchers found that those taking the drug were 69% less likely to develop Alzheimer's, when compared to non-users.

Then, in lab experiments, the investigators showed that the medication seemed to target part of the underlying disease process in Alzheimer's.

Still, the findings should not send anyone running to the doctor for a Viagra prescription, the researchers cautioned.

But they do argue for clinical trials to test the drug against Alzheimer's, said senior researcher Feixiong Cheng, of Cleveland Clinic's Genomic Medicine Institute.

Viagra, sold generically as sildenafil, was approved over 20 years ago for treating erectile dysfunction. Sildenafil was later approved under a different brand name (Revatio) for pulmonary hypertension, a form of high blood pressure affecting the lungs.

The drug works by inhibiting a protein called phosphodiesterase-5, which in turn allows blood vessels to relax and widen, improving blood flow.

But phosphodiesterases also exist in the brain, Cheng said. And recent lab research has suggested sildenafil may inhibit the abnormal protein buildup that is a hallmark of Alzheimer's disease. In lab mice engineered to have an Alzheimer's-like condition, sildenafil has shown action against those proteins, and boosted memory and brain-cell formation.

The new findings, published online Dec. 6 in the journal Nature Aging, bolster the case for studying the drug as an Alzheimer's treatment, Cheng said.

If that happens, sildenafil would join a growing list of approved drugs that researchers hope to "repurpose" as treatments for Alzheimer's.

The foundation was among multiple funders of the current study, the primary one being the U.S. National Institutes of Health.

Fillit agreed that the findings should help move sildenafil into Alzheimer's trials. Ultimately, he said, everyone believes it will take multiple approaches, and combinations of medications, to battle a disease as complex as Alzheimer's.

"We'll need multiple therapies to target the different ways that things go wrong in the brain in Alzheimer's," Fillit explained.

Repurposing approved medications has obvious advantages over starting from scratch to develop new therapies. Approved drugs have a known safety track record, and they can be brought to trials relatively quickly, with less expense.

Of course, Fillit said, there has to be a rationale for choosing which drugs to repurpose.

For the latest study, Cheng's team started with the premise that drugs affecting two proteins -- amyloid and tau -- would have the greatest potential against Alzheimer's. The disease is marked by an abnormal clumping of those proteins in the brain, commonly known as plaques and tangles.

Research has shown, Cheng said, that the interaction between amyloid and tau is more important than either alone in the Alzheimer's process.

His team screened over 1,600 approved medications, using genetic and other biological data, and eventually landed on sildenafil as the best candidate as a possible Alzheimer's therapy.

Next they used health insurance claims from over 7 million Americans to see whether sildenafil users were at lower risk of Alzheimer's. And on average, they were 69% less likely to be diagnosed with the brain disease over six years, versus non-users.

The reduced risk was seen among people with heart disease, high blood pressure or diabetes -- all risk factors for dementia -- as well as people without those conditions, Cheng said.

Sildenafil users even had a lower Alzheimer's risk when compared against people on the blood pressure drug losartan or the diabetes medication metformin -- both currently under study for battling dementia.

Finally, in experiments with cells taken from Alzheimer's patients, the researchers found that sildenafil seemed to inhibit tau and support brain cell growth.

"This supports the conduct of a clinical trial, and then we'll have an answer," Fillit said. "We won't know until we have trials."

And although most current sildenafil users are men, those trials should include both sexes, Cheng's team pointed out.

For now, Fillit said people can help protect their brain health through lifestyle choices, including regular exercise, eating a healthy diet, not smoking and getting conditions such as high blood pressure and diabetes under control.

"That's good not only for your heart, but your brain, as well," he said.