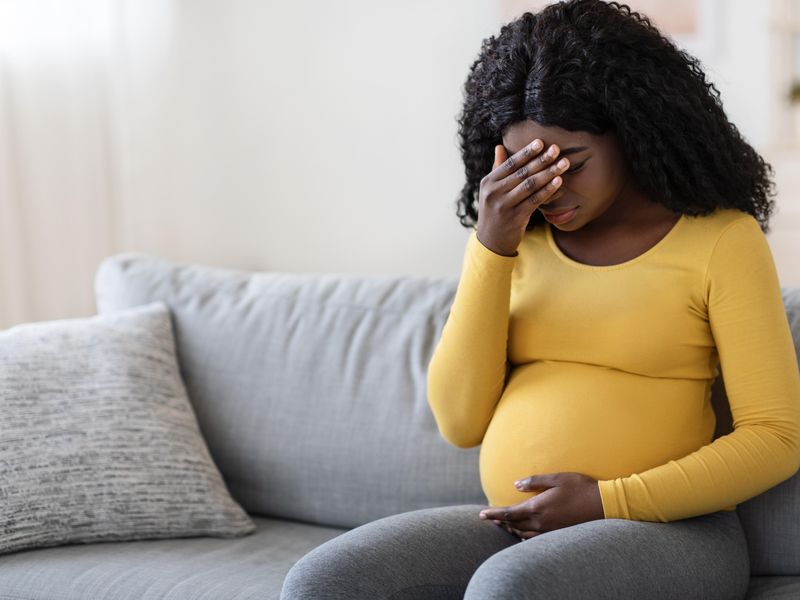 Pregnancy Can Be Anxious Time for Women With Epilepsy

Pregnant women with epilepsy battle anxiety and depression more often than their peers who aren't pregnant or don't have epilepsy, a new study reveals.

"The good news is we did not find that pregnant women with epilepsy were any more likely to have episodes of major depression than the other two groups," said study author Dr. Kimford Meador, a professor of neurology at Stanford University School of Medicine, and a fellow of the American Academy of Neurology.

"However, these results underscore the importance of regularly screening pregnant women with epilepsy for any signs of depression or anxiety and providing effective treatment," he said.

Compared to both other groups, pregnant women with epilepsy also had more symptoms of anxiety. On a test of anxiety symptoms, they scored a 6, while the other groups scored a 5. A score of 8 or more indicates mild anxiety.

The investigators found no evidence of major depression, but they did identify risk factors. They included more than one seizure in the past three months; taking more than one epilepsy drug; having an unplanned pregnancy, and a history of mood disorders.

The findings were published Aug. 17 in Neurology.

"Depression is often under-recognized in people with epilepsy, yet we know that effective management of depression can improve people's quality of life and their overall outcomes for epilepsy treatment, so women with epilepsy should be monitored closely during pregnancy and evaluated when they are thinking about planning a pregnancy," Meador said in a journal news release.

The researchers noted that the study had several limitations. It did not include enough women to fully evaluate the impact of individual epilepsy medications on symptoms of depression and anxiety. In addition, they said participants may not have recalled symptoms that occurred between study visits.

The Epilepsy Foundation has information on pregnancy planning with epilepsy.