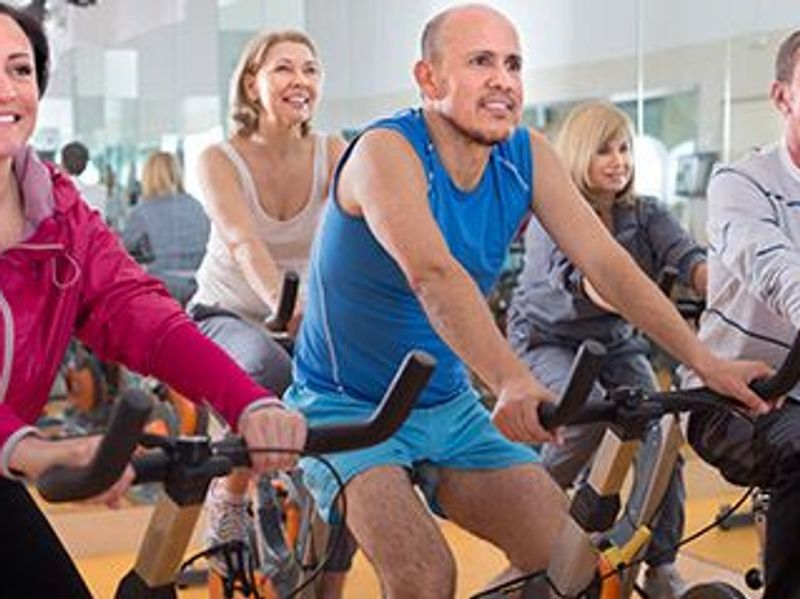 Are You Among the 'Diet-Resistant'? Workouts May Be Key to Weight Loss

"You can't run from the fork."

It's an old weight-loss saying, reminding folks that diet is more important than exercise when it comes to shedding excess pounds.

But is that true for everyone?

New research suggests there's a category of "diet-resistant" people who need to work out and watch what they eat if they want to shed pounds.

In fact, these folks should prioritize exercise, because it decreases their fat mass and boosts their muscles' ability to burn calories, the Canadian study concluded.

“We found that the slow losers responded much better to exercise than the fast losers did," said senior study author Mary-Ellen Harper. She is research chair of mitochondrial bioenergetics at the University of Ottawa.

"We hope these findings will allow a better, more personalized approach for adults with obesity who are seeking to lose weight, and especially those individuals who have very great difficulties losing weight," Harper said.

She noted that previous research has shown that the ability of muscle cells to burn energy varies widely between people.

People who struggle to lose weight tend to have very efficient muscle cells; these cells are very good at storing energy rather than burning it away, Harper said.

In fact, sometimes a diet will slow down a person's metabolism even more, said David Creel, a psychologist and registered dietitian in the Bariatric and Metabolic Institute at the Cleveland Clinic.

"Their metabolism reacts to this lower calorie intake by becoming even more efficient," Creel said. "They're not going to respond as well because they're just not burning as many calories."

To see if exercise could change that up, Harper and her colleagues mined clinical data from more than 5,000 people who'd participated in a low-calorie weight-loss program at Ottawa Hospital.

The program restricted people to 900 calories a day, but there still was a group of people who lost weight at a much lower rate than others.

From those records, the researchers matched 10 "diet-resistant" people with 10 "diet-sensitive" women, and had them all take part in a six-week exercise program. The participants were matched based on their age, weight and BMI, and told to eat as usual.

Participants worked out three times a week. Each exercise session consisted of 30 minutes of treadmill walking, followed by weightlifting and core strength training.

"We do know from the exercise physiology literature that you don't have to do that much to receive health benefits from exercise interventions," Harper said. "The greatest benefits are at the lower end of the spectrum of physical activity."

The exercise didn't cause weight loss in either group, but the workouts decreased fat mass, waist circumference and body fat only in the diet-resistant participants.

Diet-resistant people also tended to have greater improvements in their muscle cell metabolism, researchers discovered. Their muscles started to burn more calories, even at rest.

One expert said those changes likely would have eventually led to weight loss.

"I think if the intervention had been longer, there may have been a difference in weight loss between the groups," said Dr. Reshmi Srinath, director of the Weight Loss and Metabolism Management Program at the Icahn School of Medicine at Mount Sinai in New York City

The Canadian research team is now recruiting for a follow-up study with a larger sample size.

People who struggle to lose weight tend to have "pear-shaped" obesity, with their extra weight in the hips, thighs and butt, as opposed to "apple-shaped" bodies with excess weight around their middle, Harper and Creel said.

Previous studies have shown that regular physical activity is one of the best predictors of who will be able to keep lost weight off.

Creel noted that the exercise in this study was relatively mild, and that people might experience even better results if they can get between 250 and 300 minutes of physical activity a week.

"We know that maybe a higher level of exercise is needed for some people to keep weight off than is needed just for general health," said Creel, noting that U.S. guidelines call for 150 minutes of cardio a week to maintain health.

The new paper shows that exercise could be the key ingredient for people who have trouble losing weight solely through diet, Creel said.

"I think it's just important that we understand that not everyone responds to diet in the same way," Creel said. "I think that helps us kind of take away that judgment around people who are maybe struggling within an intervention."

The new study was published recently in the eBioMedicine journal.

The Harvard T.H. Chan School of Public Health has more about physical activity and weight control.