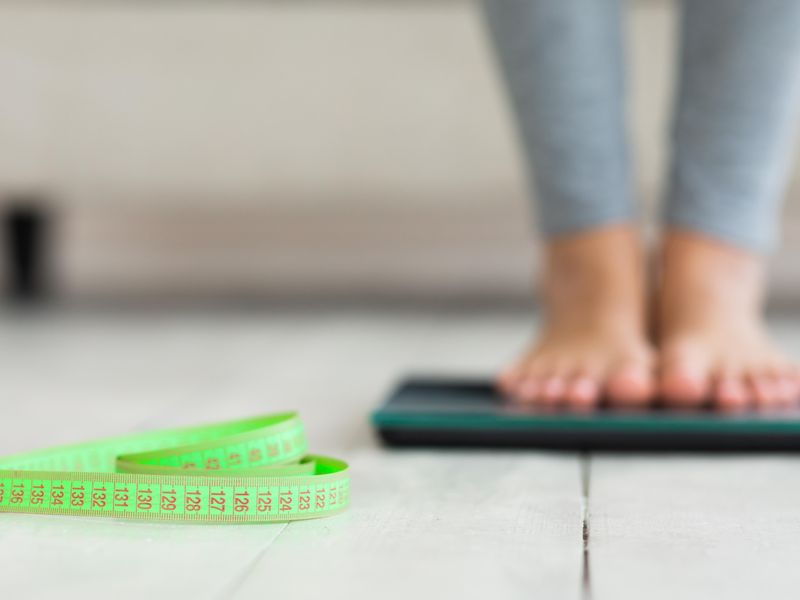 A newly approved drug for type 2 diabetes may be a game-changer for treating obesity, too.

Given as a shot once a week, tirzepatide works on two naturally occurring hormones that help tell the brain that you are full. It may be as effective as weight-loss surgery.

"About nine of 10 people in the study lost weight, and the average weight loss for the highest dose was 22.5%, which is something we have never seen before," said study co-author Dr. Ania Jastreboff. She is an associate professor at Yale University School of Medicine and co-director of the Yale Center for Weight Management, in New Haven, Conn.

"These results are an important step forward in potentially expanding effective therapeutic options for people with obesity," Jastreboff said.

The new trial focused on people who are obese but didn't have diabetes. It found they lost even more weight than what was seen in the diabetes studies that led to the drug's approval for this indication in May.

For the 72-week study, more than 2,500 overweight or obese adults received either 5, 10 or 15 mg of the new drug or placebo each week. The average weight reduction for the highest dose was about 52 pounds, the study showed. People who took the 10 mg dose lost about 49 pounds, on average, and those in the 5 mg group shed about 35 pounds. By contrast, people given a placebo injection lost slightly more than 5 pounds. Study volunteers were also counseled on healthy eating and exercise.

Nearly everyone on the drug saw an improvement in blood sugar, blood pressure and cholesterol levels, the study found.

The most common side effects were nausea, diarrhea and constipation, and they were generally mild to moderate, Jastreboff said.

Study participants kept the weight off for the full 72-week study period. "Obesity is a chronic treatable disease. We should treat obesity as we treat any chronic disease - with effective and safe approaches which target underlying disease mechanisms, and these results underscore that tirzepatide may be doing just that," she said.

Individuals who developed prediabetes were not included in the new analysis. They will be followed for two years to see how they fare on the new drug. People with prediabetes have higher-than-normal blood sugar levels, but do not have full-blown diabetes yet.

The study was presented Saturday at the annual meeting of the American Diabetes Association, in New Orleans, and simultaneously published in the June 4 issue of the New England Journal of Medicine.

"This study is a big deal," said Dr. Scott Kahan, director of the National Center for Weight and Wellness in Washington, D.C. "Tirzepatide is the first medication of a new class of medications that will likely become the preeminent medications for both diabetes and obesity treatment," said Kahan, who has no ties to the study.

"We currently have quite good medications available for weight management - but the magnitude of weight loss far exceeds all other medications," he said. Moreover, it "approaches the amount of weight loss with the most common bariatric surgical procedures," he added.

Also, nearly everyone treated with the medication lost at least a modest amount of weight, if not much more, Kahan said.

So how does this new shot compare to other prescription weight-loss drugs? Kahan said that it looks like a winner.

An obesity treatment approved last year called semaglutide (Wegovy) produces about 15% weight loss. It targets human glucagon-like peptide-1 (GLP-1), but the new drug targets GLP-1 and glucose-dependent insulinotropic polypeptide (GIP), which may be why it appears even more effective.

"Other medications approved in the last decade lead to an average of between 10% and nearly 15% weight loss. The most frequently prescribed weight loss drug in the United States - phentermine (Adipex-P, Lomaira), which was approved by the U.S. Food and Drug Administration in 1959 - typically leads to just 5% to 7% weight loss," Kahan said.

If and when this drug is approved for weight loss, cost will be a consideration, he said.

For diabetes, it is estimated to cost around $800 per month, but it will likely be covered by insurance. "Weight medications are traditionally different because they tend not to be covered by insurance so people have to pay out of pocket," Kahan noted. It's too early to predict the cost of tirzepatide for obesity.

The U.S. National Institute of Diabetes and Digestive and Kidney Diseases has more about medications that treat obesity.