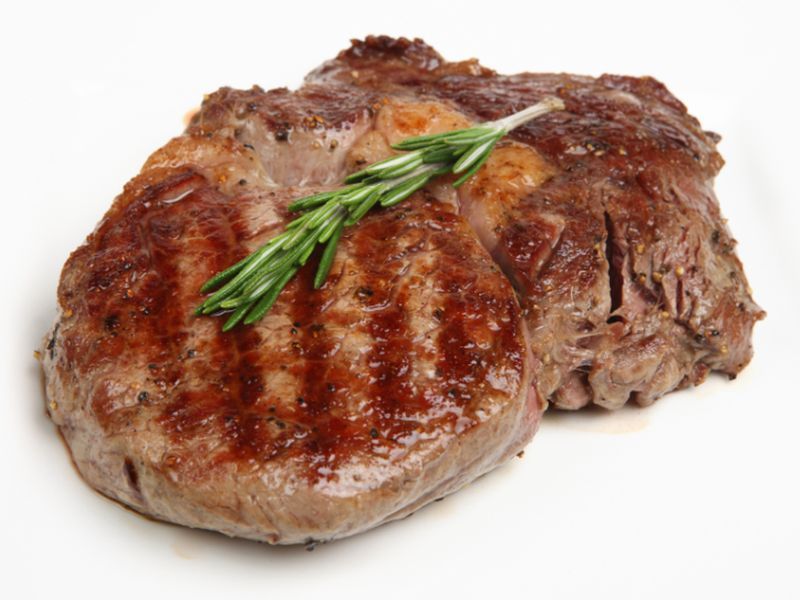 Middle-aged adults looking to boost their muscle mass do not need to bulk up on protein, a new study suggests.

Researchers found that 10 weeks of strength training plus a moderate amount of protein were enough to build muscle in previously sedentary middle-aged people. And extra protein brought no added gains.

The findings run counter to a common belief among exercisers, said researcher Colleen McKenna, a registered dietitian and graduate student at the University of Illinois Urbana-Champaign.

Protein is essential for muscle maintenance and growth. But the typical American diet contains plenty of it, McKenna said.

"If you're getting enough high-quality protein in your diet," she said, "then 'enough' is probably enough."

Animal protein, she noted, is generally better than plant protein because it contains all of the necessary amino acids (the building blocks of protein) and is more "efficient" in supporting muscle growth.

Timing can make a difference, too.

In general, McKenna explained, there are "key windows" for eating protein to enhance muscle-protein synthesis: Right after strength training and an hour or two before bed at night.

So exercisers might want to have their most protein-dense meal after a workout, McKenna said.

The findings were published online recently in the American Journal of Physiology: Endocrinology and Metabolism. They're based on 50 adults enrolled in a clinical trial. They ranged in age from 40 to 64, and were overweight but healthy.

All took part in the same 10-week strength-training program, working out with weight machines and free weights three days a week.

The researchers randomly assigned the participants to either a moderate-protein or high-protein group. Both groups were given a protein supplement -- in the form of lean beef -- right after their workouts. The moderate-intake group ate 3 ounces of beef, while the high-protein group had 6 ounces.

All participants also drank protein drinks each night, with the moderate group again consuming half as much protein as the high-intake group.

Even with those protein shots, people in the moderate-intake group were counseled to keep their overall dietary protein to the U.S. Recommended Dietary Allowance (RDA), which is 0.8 grams of protein for every kilogram of body weight (about 0.36 grams of protein per pound).

The reality was a bit different: The study participants kept diet records, and the moderate group ended up eating more than the RDA for protein, around 1.1 to 1.2 grams of protein per kilogram.

That amount, according to McKenna, is actually consistent with the typical American diet. In contrast, people in the high-protein group typically downed 1.6 grams of protein per kilogram each day, or twice the RDA.

In theory, that should have meant the high-protein group would gain more muscle. But after 10 weeks, both study groups showed similar gains in muscle mass and strength, and no differences in overall body composition.

It's a common misperception that strength training should involve protein loading, said Isabel Maples, a Washington, D.C.-based registered dietitian who was not involved in the trial.

"The thinking is, if some protein is good, a lot must be better," said Maples, who is a spokesperson for the Academy of Nutrition and Dietetics.

If the body is not getting sufficient calories, she noted, then it will use protein for fuel instead of muscle building. But most Americans get more than enough calories, as well as protein, Maples said.

So instead of adding protein, exercisers could tweak the timing, Maples said. Have protein throughout the day, including right after a workout.

And for the sake of overall health, Maples suggested getting a variety of protein sources, for example, not only meat, but fish, dairy, beans, whole grains, nuts and seeds.

"If you're strength-training to improve your health," she said, "nutrition should be part of that."

The trial, which was funded by Beef Checkoff, a program of the Cattlemen's Beef Board, had an additional goal: To see whether the beef supplements had any ill effects, including spikes in cholesterol or blood pressure, or problems with kidney function.

There were no red flags.

That, McKenna said, might reflect a simple fact: People were regularly exercising and eating lean, minimally processed beef, which is different from a sedentary lifestyle full of processed meats.

The Academy of Nutrition and Dietetics has advice on protein intake.