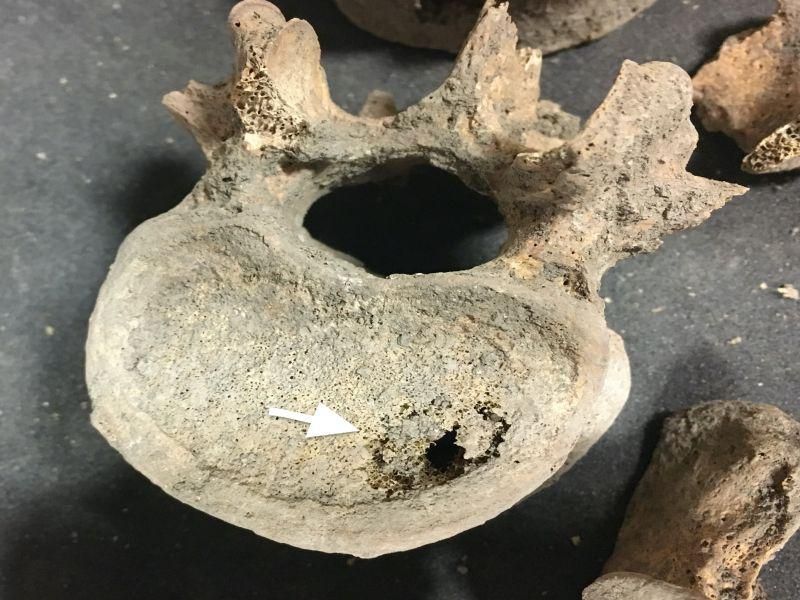 Cancer might seem like a modern problem, but new research has revealed that it affected up to 14% of adults in medieval Britain.

University of Cambridge researchers used X-rays and CT scans to search for evidence of cancer inside skeletal remains excavated as part of an ongoing study of medieval life.

The investigators found rates of cancer about 10 times higher than had been previously discovered through examining only the bones' exteriors for lesions.

"The majority of cancers form in soft tissue organs long since degraded in medieval remains. Only some cancer spreads to bone, and of these only a few are visible on its surface, so we searched within the bone for signs of malignancy," said lead author Dr. Piers Mitchell of the department of archaeology at Cambridge.

Mitchell noted that modern research shows one-third to one-half of soft tissue cancers spread to the bones. His team combined that knowledge with evidence of bone spread to estimate medieval cancer rates.

For the study, the researchers analyzed 143 skeletons from six cemeteries dating from the 6th to the 16th century. The remains were of 96 men, 46 women and one person of unknown sex.

"Using CT scans we were able to see cancer lesions hidden inside a bone that looked completely normal on the outside," said study co-author Jenna Dittmar, an archeologist at the University of Aberdeen in Scotland. "Until now it was thought that the most significant causes of ill health in medieval people were infectious diseases such as dysentery and bubonic plague, along with malnutrition and injuries due to accidents or warfare."

Very few of the excavated remains were complete. The team included only those with an intact spinal column, pelvis and thigh bones, those most likely to contain cancer that had spread (metastases).

The researchers found signs of cancer in the bones of five individuals, mostly in the pelvis. They projected a higher estimate of 9% to 14% because CT scans detect bone metastases about 75% of the time, and only one-third to one-half of cancer deaths involve spread to the bone.

The sample size is limited and diagnosing cancer in those dead for many centuries is challenging, the study authors cautioned in a University of Cambridge news release.

In modern Britain, about 40% to 50% of people have cancer by the time they die.

Factors contributing to the increase could include the effects of tobacco, which began to be imported into Britain in the 16th century, and the effects of pollutants since the 18th century industrial revolution. It could also include DNA-damaging viruses that are more widespread with long-distance travel, as well as longer life spans that give cancers more time to develop.

The findings were published April 30 in the journal Cancer.

The research was part of the After the Plague project, in which researchers aim to learn more about medieval health, life and death from a burial ground excavated in 2010.

The American Cancer Society has more on the history of cancer.