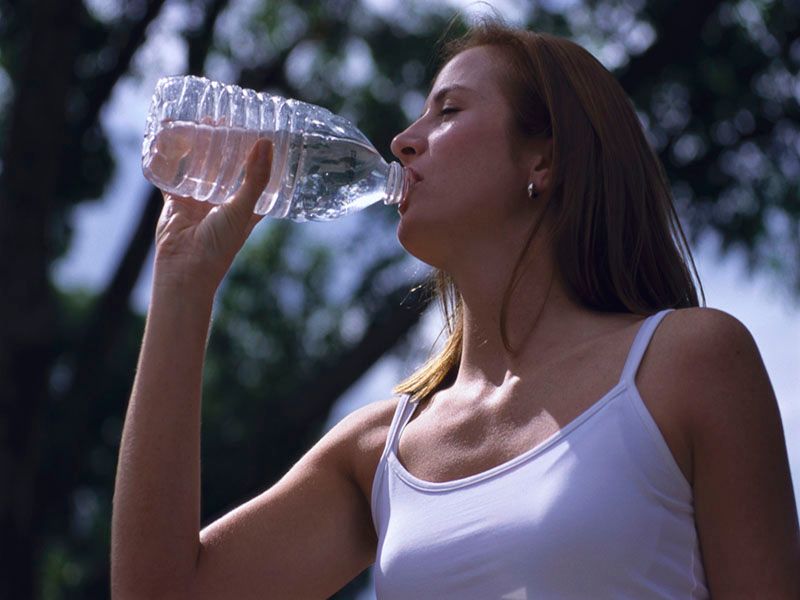 Drink Up! Humans Are the 'Water-Saving Apes'

Humans sweat more and move more than chimpanzees and other apes, but new research shows people are actually more water-efficient than their primate cousins.

For the first time, scientists say they measured precisely how much water humans lose and replace each day compared with their closest living animal relatives.

The investigators found that the human body uses 30% to 50% less water per day than great apes. This is true even though people constantly lose water when they sweat, go to the bathroom or breathe. That water needs to be replenished to maintain blood volume and other fluids.

The researchers were surprised by the results because humans sweat so much and great apes (chimpanzees, bonobos, gorillas and orangutans) live relatively lazy lives.

Per square inch of skin, "humans have 10 times as many sweat glands as chimpanzees do," said study author Herman Pontzer, an associate professor of evolutionary anthropology at Duke University, in Durham, N.C.

"Most apes spend 10 to 12 hours a day resting or feeding, and then they sleep for 10 hours. They really only move a couple hours a day," Pontzer said in a university news release.

The study compared the water turnover of 309 people with a range of lifestyles, from farmers and hunter-gatherers to office workers, with that of 72 apes living in zoos and sanctuaries.

For each individual in the study, the researchers calculated water intake via food and drink and water lost via sweat, urine and the gastrointestinal tract.

The study authors found that the average person processes 12 cups of water each day. A chimpanzee or gorilla living in a zoo goes through twice that much.

The researchers took into account for differences in climate, body size and factors like activity levels and calories burned per day, and concluded that the water savings for humans were real, and not just a function of where individuals lived or how physically active they were.

The report, published online March 5 in the journal Current Biology, suggests that something changed over the course of human evolution that reduced the amount of water our body uses each day to stay healthy.

One hypothesis is that the human body's thirst response was re-tuned so that people crave less water per calorie compared with their ape relatives. Even as babies, the water-to-calories ratio of human breast milk is 25% less than the milks of other great apes.

Another possibility is the human nose. About 1.6 million years ago, with the inception of Homo erectus, humans started developing a more prominent nose. Human nasal passages help conserve water by cooling and condensing the water vapor from exhaled air, turning it back into liquid on the inside of our nose where it can be reabsorbed. Having a nose that sticks out more may have helped early humans retain more moisture with each breath.

"There's still a mystery to solve, but clearly humans are saving water," Pontzer said. "Figuring out exactly how we do that is where we go next, and that's going to be really fun."

The United States Geological Survey has more on water and the human body.